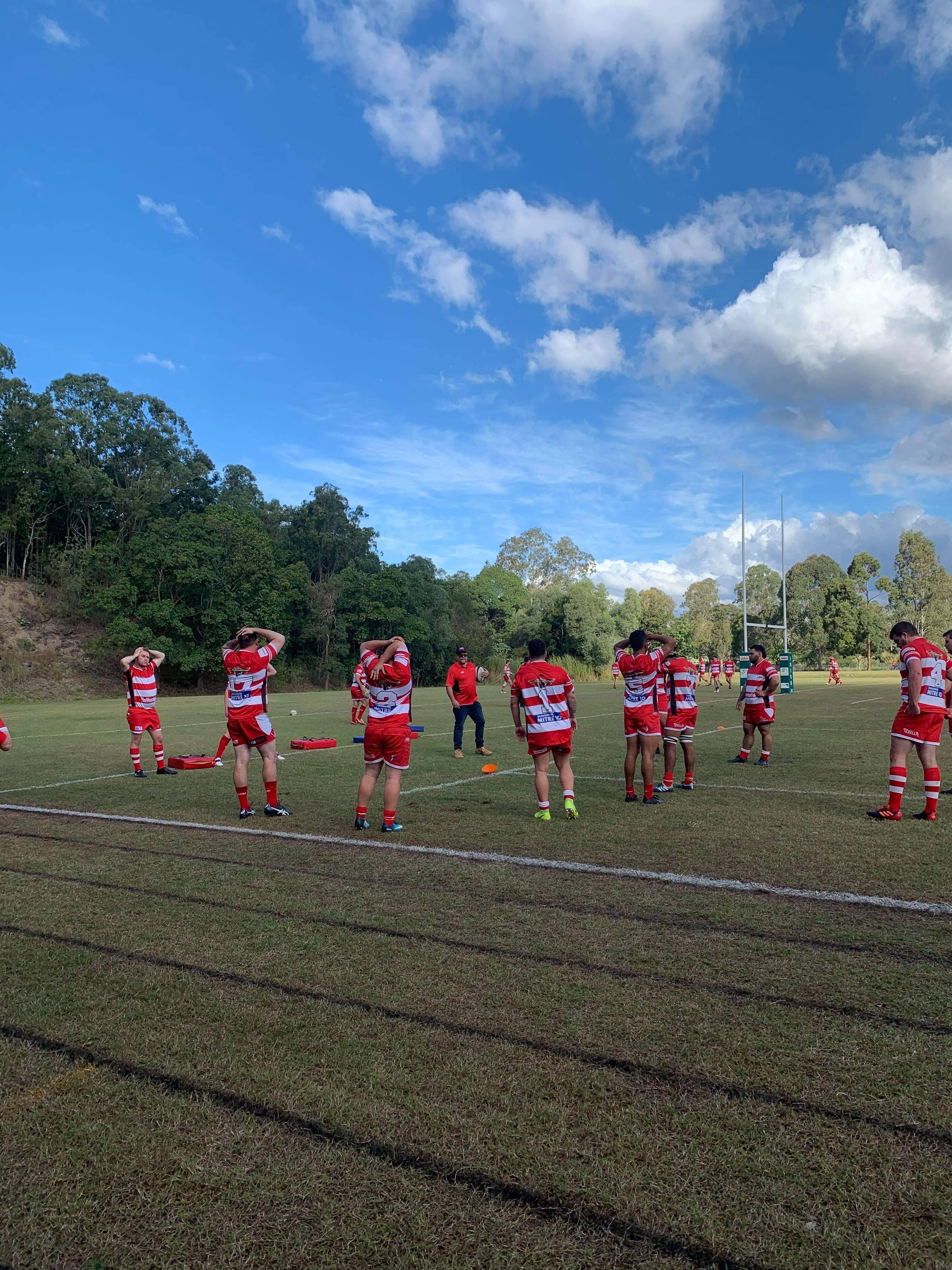 A combined Senior Reserve Grade and Senior Colts team travelled down to Brisbane to take on the Brisbane Irish in what was a great hitout for the 2020 season ahead. Brisbane Irish field 2 senior teams in suburban rugby union in Brisbane and the format was 4 quarters, the Nambour Team took down 27 players of which 7 were colts having a crack against some older more experienced players. All of which were held their own and were some of the most dangerous for the Toads on the day.

The first quarter saw Brisbane Irish put out their best 15 and was a physical challenging affair. It was a bit rusty however the team was able to build pressure through phases and was rewarded with a try to Jarrod Stirling after 15 mins to take the score to 7-0. An error from the ensuing kick off put the team immediately under pressure with the Irish crossing in the corner to take the score to 7-5.

The Brisbane Irish wheeled out their 2nd XV in the 2nd Quarter and with renewed effort they built some great pressure on the Toads line. A sequence of scrums where the team repelled multiple resets with some rookie props gave the team great confidence in the set piece for the season ahead. Eventually the Irish crossed in the corner to take the score to 10-7. This closed out the half with the Irish taking a slender 10-7 Lead.

In the third quarter the Nambour Team began strongly and were offloading with ease. Some big hits in the midfield by the Nambour Club led by Greg Pelka and Trent Cook led to numerous turnovers. From this the team capitalised with a multiple sequence of phases resulting in a try to Greg Pelka from a forwards pushover. This took the score to 14-10 at 3 Quarter time.

The Fourth quarter saw the first quarter Irish team come back out and they capitalised on a couple of injuries and fatigue. They were able to string together numerous great phases and saw some 3 tries scored out wide against a tiring defensive line. Although the scoreline ended at 29-14, there is enormous amounts of positives to be taken from the trial. Especially the growth and improvement in the set piece with some rookie props packing their first contested scrums.

The club can now look towards their next trial and season launch against Maroochydore on Saturday July 18, where there will be a showcase of Nambour Rugby teams!