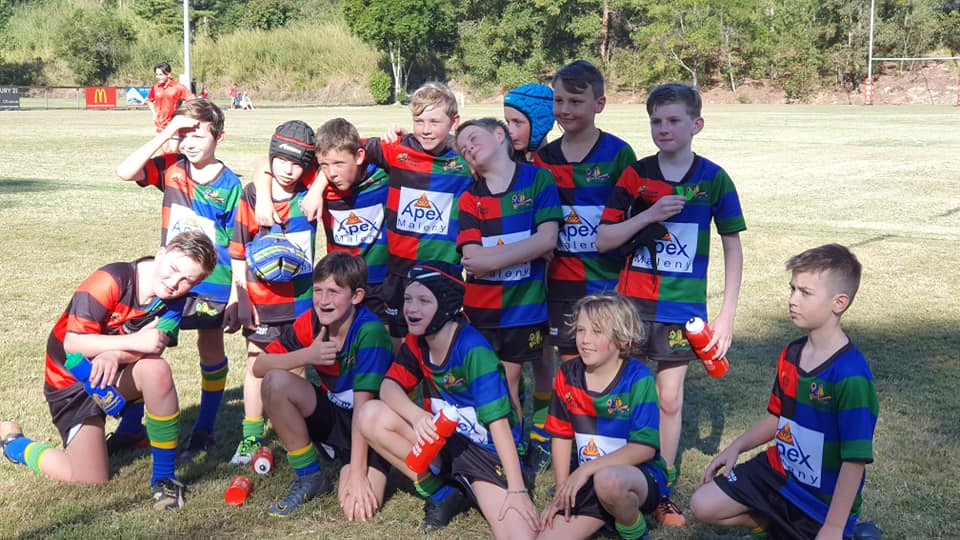 A great day out for a return to rugby at the Manor, with the club keenly anticipating the restart of competitions in the Sunshine Coast Junior Rugby Union on July 25th and the Sunshine Coast Rugby Union on August 1 a trial day was organised against the Maroochydore Swans. We were also lucky to host a trial match for open womens between USC and Maroochydore prior to the commencement of the Nambour teams.

Our first team up was the Under 10's which is a joint team with Maleny to create a Nambour/Maleny Hinterland under 10's side, this is the first junior side running out in Nambour red in a number of years and is exciting to see. The team was able to put in a great performance and squared the ledger at 5 tries a piece against an establish Maroochydore team. Well done to all involved!

Our next team up is one of our first Girls teams in nearly 20 years! The under 17 girls took the field, and were strong from the outset. They managed to execute and play with flair that entitled them to run up a 5 tries to nil scoreline in 3 x 7 minute periods. It was a great hitout for the Nambour team as the Maroochydore Swans girls are considered one of the powerhouses of the competition. Great work and can't wait to see what they can bring out in the season ahead!

Our Senior Men's squad took on a combined A grade and Reserve Grade squad from Maroochydore, the game was a tight and physical affair that resulted in a number of strong confrontations from both sides. As the trial progressed, there was a number of errors from both sides of which created opportunities to reflect and improve on for the upcoming competition. The Nambour set piece did struggle at times, which caused issues with unleashing the talented backline available. Both teams would agree that there is plenty of positives to take from the trial and look forward to seeing both teams go round when Nambour play Noosa Reserve Grade at Maroochydore on August 1 and Maroochydore play Noosa A grade.

Some highlights of the game are below - Thanks to Pattman Sport for coming out and capturing the game footage! Check out his youtube channel for great local sport content.

Highlights v Swans Trial Thanks to PattmanSport for the footage, they will be out at Maroochydore on August 1 for the SCRU senior clashes.