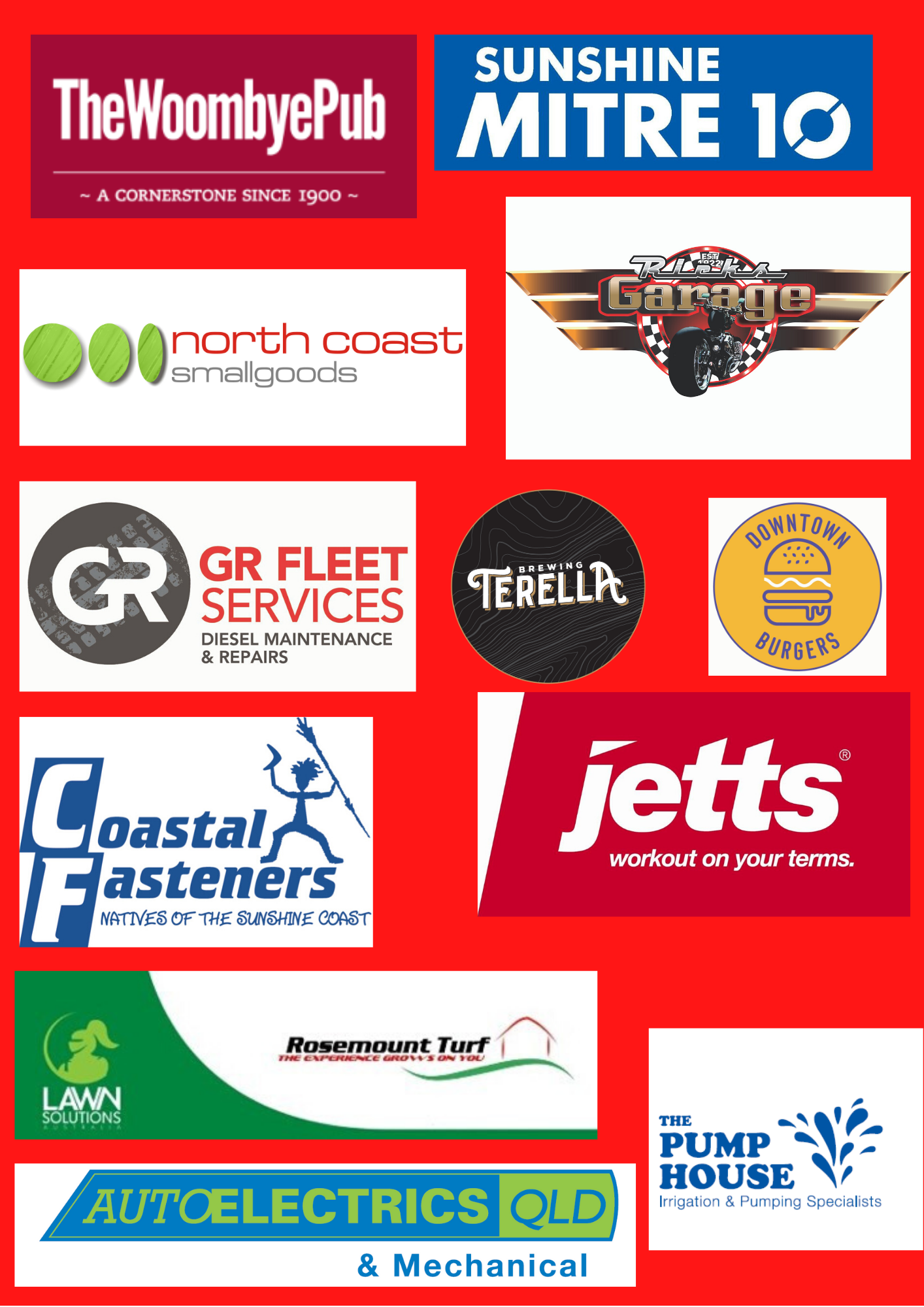 It was a big home game on the weekend for our Senior Reserve Grade clash against traditional rivals Maroochydore Swans. With a well organised event running upstairs in the clubhouse for our Ladies and Sponsors, catered by some our very own sponsors (Terella Brewing, North Coast Smallgoods, Dan Guy's Organic Strawberries). It was always going to be important to start fast and get the home crowd excited for some rugby action.

Early in the piece the Nambour team established set piece dominance which allowed for the defense to make inroads on any attack made by the Swans team. This marched the team down the field and resulted in ironic fashion one of our sponsor players John O'Connell scoring the first try from the back of a scrum under the posts. This was much to the dismay of many people on the deck who had other first try scorers in the first try raffle! Bendigo Bank Woombye however taking the goods with the lucky selection of number 8.

With the physical exchanges in tight continuing the Nambour team was able to take another try to Greg Pelka which took the scoreline out to 14-0 at halftime. At the start of the second half, Maroochydore started strongly and pounded the nambour line repeatedly only to be driven back 15m. After a poor exit, Maroochydore once again got in close to the line and scored out wide to take the score 14-5. From here it was all Nambour with some big tackles in the midfield resulting in turnovers which were able to easily be turned into points. 3 more unconverted tries to Bomber, Tommy J and Santi led to a final scoreline 29-5. It was great to see the lads put in a complete performance of which there had been patches of brilliance shown the last few weeks.

Man of steel (from 0 at Wynnum to Hero!) - Jackson Cowen

We would like to thank all of our sponsors for the support on the day and throughout the season, it was great to repay the faith with an awesome event organised by Cheeky, Skip and Heidi. Check out our sponsors links here! and support them where you can!

In other exciting news our Bush Toads under 10s have done the Noosa Sweep the last 2 weeks. Taking them down 46-7 on the weekend, it is exciting times to watch the tadpoles develop under super coach Luke Zeremes!

Our junior girls are back in action at Maroochydore this friday night! They have currently only lost one game this season. Its great to see the girls in red having a stellar start to the season!