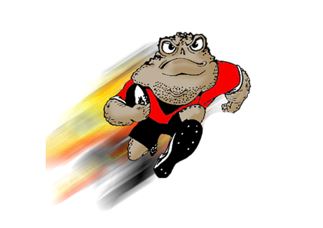 It was a cracking weekend for the Nambour Rugby Club with results galore from the 5 teams participating.

First off we had the 4 Under 15 and under 17 girls games, of which they took home the money on all 4 games! Great Job all round to Luke Zeremes and his assistants - Isaac Finch, Maddy Phelps and Gracie Wright. Unreal coaching team creating some unreal results in their first year of action!

Then on Saturday morning we had the Bush Toads who have really hit their stride in the dry weather notching up a 51-22 victory over sunshine coast grammar. (Their 3rd game in a row with 50 plus points!) This is a sign of things to come for Nambour Rugby Union with the talent plentiful in the side!

The last game of the weekend was our Senior Reserve Grade fixture v USC, it was tight affair early with the Nambour team working through multiple phase plays and consistent recycling of the ball only to turn it over at key points and give away run away tries. The team has evolved rapidly this season into one that is playing consistent rugby with consistent phase play and looking to take that extra step. Key errors hurt with USC scoring 4 counter attacking tries, the final score 29-0.

Looking forward to another week down at the manor in 2 weeks time where we host the SCRU girls friday night and then back it up with a Senior Reserve grade home game v Caloundra.