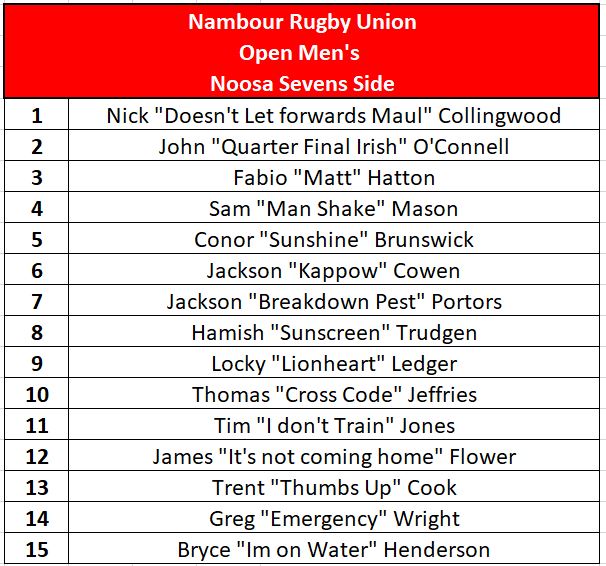 Three teams from Nambour Rugby Union Club are heading to the Noosa Seven's this weekend and this is the lineup to take on the Open Social Mens Tournament. For the first time in years, the club will be entering three teams into a Sunshine Coast Rugby Union Tournament. Its going to be a blockbuster day with plenty of action, the draw is shown below so head on down to Noosa Rugby Union Club for a fun filled day. This has certainly been the most exciting off season in years down at the Manor, with plenty of momentum taking the club forward into 2020.